News of T-Mobile’s rumored internet TV service has been circulating since 2017, and a new FCC filing of its set-top box finally hints at an imminent launch. Spotted by Variety, the filing contains a user manual PDF which calls the device the “T-Mobile Mini,” and features some photos of the streaming box. The filing was made by Kaonmedia, the company that built set-top boxes for Layer3 TV, a small cable company that was acquired by T-Mobile earlier this year.

The back of the device shows HDMI in and out ports to allow connection for additional devices like streaming boxes and game consoles. There’s also an Ethernet port and a USB port for software upgrades, but no coaxial port, suggesting that it’ll be an internet-only box. The device will come with 802.11ac Wi-Fi connectivity and Bluetooth LE, presumably for the remote it will ship with. 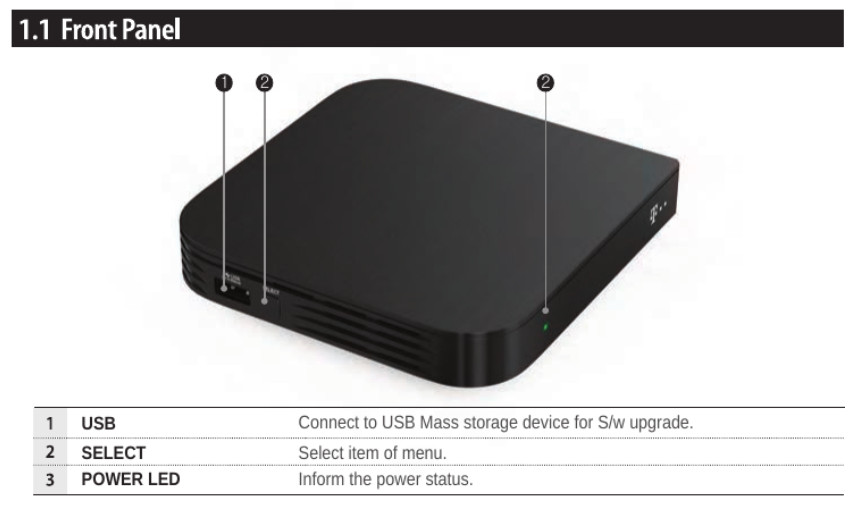 We don’t know too many details on what T-Mobile’s planning for its TV service, but the company announced during its recent earnings call that it was still on track to launch the product by the end of this year.