Hidden Feature In iOS 10.3 Update Will Free Up Space On Your iPhone 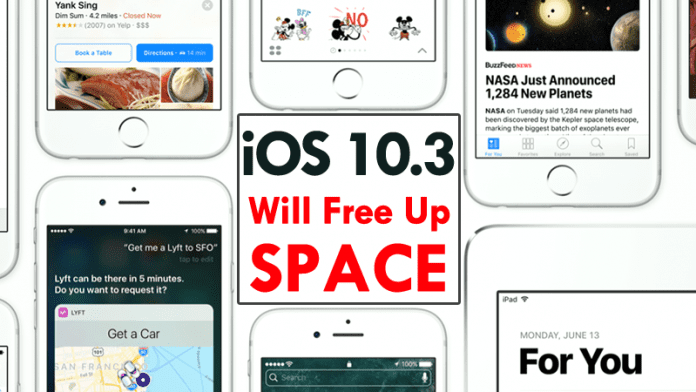 We all know very well that iOS 10.3 was going to be a release that would bring some good news but would probably go unnoticed by most of the iOS or iPhone users. As hidden feature in iOS 10.3 update will free up space on your iPhone.

Hidden Feature In iOS 10.3 Update Will Free Up Space On Your iPhone

Everyone knew that iOS 10.3 was going to be a release that would bring some good news but would probably go unnoticed by most of the iOS or iPhone users.

The new file system, APFS, is all the news that will have the most impact. Initial tests show that once installed, iOS 10.3 managed to secure more space on the iPhone, even recovering up to close to 8GB memory space.

This new version of iOS has profound changes that can greatly change the way iOS manages files and their permissions. The Apple File System (APFS) takes a different approach and this is clear from the bottom.

Space gains from iOS 10.3 with APFS

Another point where we note the improvements of this file system has now been discovered, with the beginning of the use by the users. A test, which compared an iPhone 7 Plus of 256GB, before and after iOS 10.3, showed that it was possible to gain storage space.

APFS is the latest file system that Apple has created for its operating systems. In addition to the performance gains it brings in both writing and reading, APFS is the first approach to a file system that spans all Apple devices. This means that it will be present on the iPhone, iPad, MacBook, Apple Watch and even on Apple TV as well. 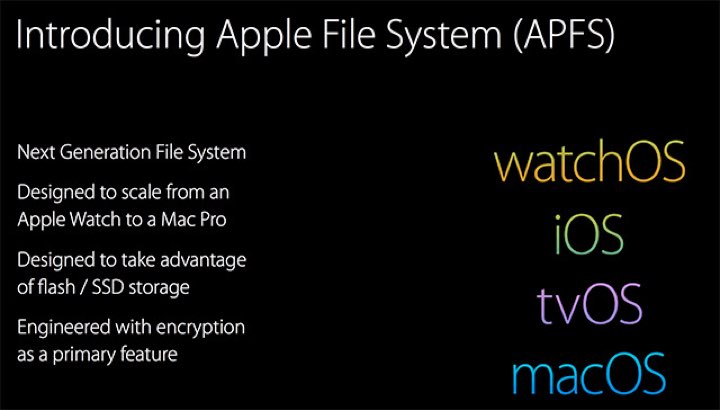 The way APFS organizes files, at a low level, is what enables a new volume partitioning scheme, which allows them to be flexibly expanded. This also impacts the available capacity, increasing it and consuming less storage space.

The new iOS 10.3 takes much longer than usual to install, between 30 to 50 minutes, much because of the new APFS, but the end result is very positive for users, as you can see in the space that will eventually be won.

So, if you have not installed it yet then do not waste any more time and tell us when space has recovered on your iPhone.