Facebook today announced it’d be rolling out its facial recognition settings to everyone — and that and that it’d be turned off by default for new users. Anyone who doesn’t already have this setting will be able to notified and asked if they want to turn it on.

The new Face Recognition setting will replace Tag Suggestions, which ostensibly notified you if someone uploaded a photo of you (or who Facebook presumed was you) and offered to automatically tag you in it. The feature was first introduced in 2017, but not everyone got it at the time. Now Facebook is switching over for everyone, and those who’re getting the new setting will have it turned off.

Facebook’s AI Applied Research Lead, Srinivas Narayanan, was quick to point out that you might not be able to use all of Facebook’s lovely features that use your face — meaning, the aforementioned feature that lets you know if anyone’s uploaded a pic but hasn’t tagged you in it (I’m pretty sure that’s some kind of social media cardinal sin):

In addition, features like Photo Review, which lets you know when you appear in photos even if you are not tagged, as long as you have permission to see the post based on its privacy setting, will not be activated. People will still be able to manually tag friends, but we won’t suggest you to be tagged if you do not have face recognition turned on.

I’d make a joke about putting the “face” in “Facebook,” but considering Facebook’s being hit with a class action lawsuit over its allegedly illegal storage of the biometric data of millions of users without their consent… that feels as though it would be in rather poor taste. Last month the company lost a federal appeal that would have stopped the lawsuit, and it could potentially be out billions of dollars. I think I know where the impetus for this change came from.

If you’re just getting Face Recognition for the first time, Facebook will send you a notification linking to information about the settings and offering you a chance to turn it on should you so desire. 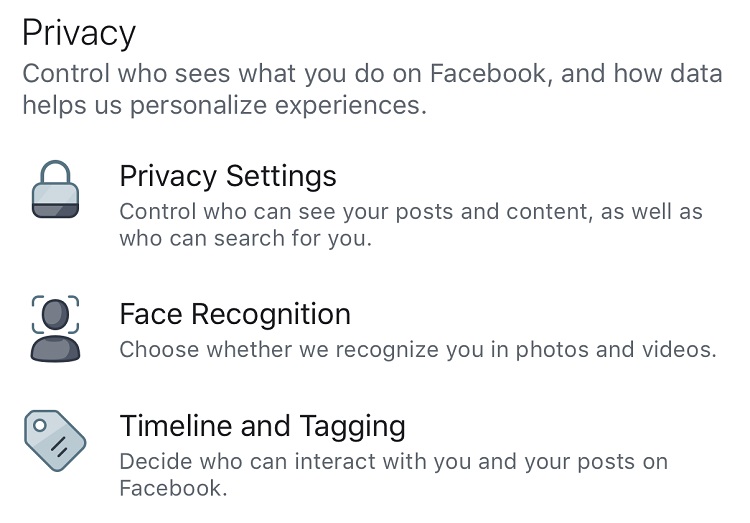